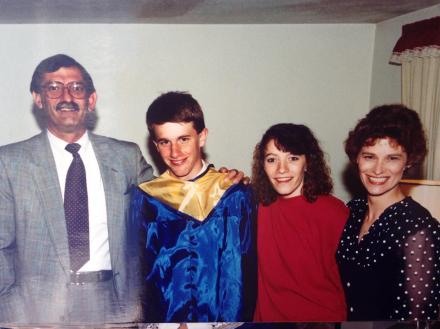 You’ve always been just a smidge off to the side, pushed into the background by forces beyond your control.

A husband who wasn’t much for compromise or open discussion and kept his love at arm’s length. A son you had just weeks after turning 21, a kid who for decades took your love and support for granted, consumed by what he didn’t have: be it his father’s approval, some random job or his latest crush.

Whether I earned Dad’s respect, landed the job or wooed the girl, you were always going to be there because hey, you’re Mom. And being there is what moms are supposed to do, right?

You HAD to support me. You HAD to put up with me because well, that’s part of the job description, pushed in there somewhere between cleaning up puke stains off the carpet after your only son was too lazy/scared to make it to the bathroom and sending  $50 and a note after that same son loses his rent money on a riverboat casino during Spring Break in ’96.

Or so I heard.

And while all that may be true, there’s something I’ve forgotten or overlooked or just been too wrapped up in myself to recognize:

You did this all by choice.

The first person that ever Ioved me has never asked me for anything other than to be happy. There are no conditions. No stipulations. No “if/thens.” I can’t even remember the last time you were even mad at me outside of a “hey, you better get your (deleted) together because you’re better than this kind of way.” OK, well there was that party Marcene and I threw during summer vacation back in ’94, the one where I drank Zima, got hammered, watched my oldest friend break a handrail, yak all over the pool deck at buddy’s house up the street before passing out for the first (but hardly last) time in my life.

It didn’t matter that the house was actually cleaner after the party than before, not so much out of fear but because Marcie Lawrence is so damn reasonable, so spectacularly accommodating, so unwaveringly supportive of her children we figured if the house was fine, we were fine.

In this case ummm, no. Sure, I might have been a month away from turning 20, old enough to fight for my country but not too old to escape seven days of house arrest.

The irony is that two decades later, I still give you hell about it and not the other way around. Why? Because it was one of the few times _ ever _ that you played the role of bad cop.

For most of my childhood you were my protector, the one who repeatedly saved me from Dad’s considerable wrath, the one who kissed my cuts and scrapes, the one who found any reason _ even when I couldn’t _ to cling to your fervent belief that I wouldn’t Screw It Up.

I love to tell people the story of how I went walkabout during one of Marcene’s countless gymnastics practices as a kid, traipsing around the outside of the industrial park the gym was stashed as if it was NBD even though I couldn’t have been more than 7-8 at the time. When we got home, you grabbed me by my hair just above each of my ears and lifted me off the ground for a handful of seconds. There may have been a wooden spoon involved. You blush when we talk about it, embarrassed. That’s typical you: I do something wrong and you apologize.

Sorry that I spent most of the first 25 years (or maybe 35, but who’s counting) of my life taking your thoughts, your feelings, your needs into consideration only after I’d exhausted all other opportunities. (Prime example: when you landed two tickets to a Redskins/Eagles game back in ’98 and I immediately asked my Eagles-loving roommate to go and not you).

Sorry for the way I would get ticked when Bruce would call us “twins.” Looking back, I should have taken it as a compliment. To this day you’ve always looked younger than you are (you’re like 47 now, right?) and when I look in the mirror, I see a little more of you each day. And for that I’m grateful (though part of that may have to do with the fact I’m simply relieved I didn’t get stuck with Dad’s nose).

Sorry for making you the butt of so many jokes, the ones you laughed at even as you probably wondered when I would either shut the hell up or turn my sarcasm elsewhere. (Though in a weird way, I think you kind of enjoyed the attention, another trait which I get from you).

Sorry for setting you up with an ex-con that one time. I swear I just wanted to put a smile on your face (besides, the guy could tell a joke). Then again, if you don’t date him, maybe you don’t meet Big Boy, someone who _ for all his quirks _ loves and appreciates you for the gift that you are (in his own unique way of course).

Sorry for not appreciating the sacrifices you made for me and Marcene. I can’t imagine becoming a parent so young and being able (or willing, if I’m being honest) to raise two kids and to do it so well, so unfailingly, so steadily. I sometimes wonder what you wanted to be, the dreams you had before I came along and forced you to scuttle your plans and learn how to be a mom on the fly. Yet you’ve never made me feel, not for a second, as if I was a burden, as if I was something that tripped you up and prevented you from doing something else with your life. There’s no chance _ no chance _ I would have handled it the same way, with the same grace, honesty, sincerity or maturity.

I’m sure 18-year-old Marcie Samuel didn’t plan on having two kids before her 24th birthday then working at a desk in some random office for the next 35 years, making the same maddening commute through traffic into D.C. to sit at a desk to put a roof over her children’s heads and make damn sure they had enough money for college.

It would be easy to look back at my childhood and label you the pushover, the one we went to when Dad wouldn’t let us have our way. That’s not entirely true. You were also the toughest, the one most willing to hang in there. You spent nearly two decades in a marriage where the pieces didn’t fit quite right no matter how much you changed, how much you tried. And even as you mourned the relationship’s ending you vowed to become stronger and more confident.

On top of all of that, maybe the most important gift you gave me as an adult was freedom. Not once, not one time can I remember you telling me what to do or how to do it. I’ll admit, there were times I should have asked more specifically for your guidance, demanded you nudge me (or drag me) in the right direction. But that’s not your way.

The only thing you’ve ever wanted for either myself or Marcene is to be happy. That’s it. That’s not a long list. That’s the best list.

And for too long I’ve fixated on what I didn’t get from Dad (at least verbally or with any real consistency) rather than be appreciative of all the things I’ve received from you, the same things I am trying to do for Colin and Catherine, two kids who love their GMa something fierce and not just because your house has the best popsicles (though it helps).

For God’s sake, you spent years printing out EVERY SINGLE STORY I’ve written. Binders and binders of my life’s work, work that I do (and love) because of your encouragement, your enthusiasm and _ this is a big one too _ the fact I am one of the few graduates who didn’t have to pay a dime for college.

Oh, about that. Sorry I spent the first three years at WVU screwing around (and running up that $700 phone bill that one semester, the one you found about as we were packing up to head home for the summer. Are we even on that by the way?)

It’s funny though. When I sit down to write a story, to this day one of the first thoughts that goes through my head before I start is “will mom understand it?”

Why? Because you didn’t Screw It Up. I am who I am today because of the example you set, the love you gave (and still give) the million other unnamed, unseen things you did, the things I may never truly appreciate until I do them as a parent myself.

With a little luck, maybe I’ll be half as good a dad one day as you are a mom. Maybe.

Happy Mother’s Day Suck-O. You are The Glue that holds this family together. Not pushed off to the side but in the center. See: 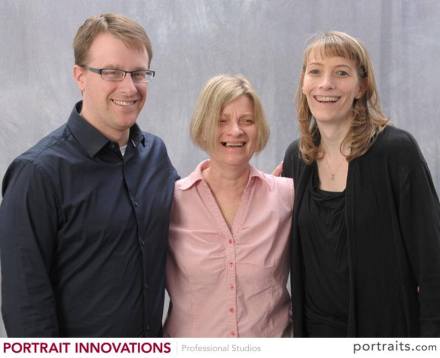 Never forget it. Ever.

Willie (and Marcene too)

P.S. I post videos at the ends of these things. I was gonna put up “Weekend In New England” by Barry Manilow since I used to sing this with you when I was 3, but listening to the lyrics now …. ummm, that’s creepy.

So instead, settle for this one instead.